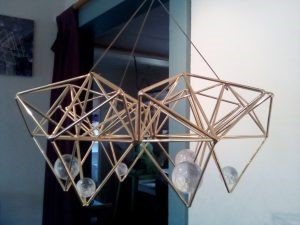 Transformation is found in metaforms

Living beings with the awareness of metaforms may, as Dr. Spock of StarTrack says, “Live long and prosper.”

Triangular shaped  symbols, pyramids or mandalas are forms of “sacred geometry” that has been healing beings before creation. These are called Metaforms.

Metaforms are “manifestations — verbal and nonverbal — of this feature of cognition. The words, concepts, rituals, symbols, and so on that are based on the same pattern of metaphorical reasoning and which are thus connected to each other semiosically,” according to a research paper titled: A Note on the Notion of Metaform and Its Implications for Semiotics.

Metaforms support health, wellbeing and consciousness – the forms create a flow that is blocked in the emotional body and by the environment.  Such sacred geometry is found in the design of life such as that of a flower. Even the mandala symbol cultivates vitality.

“The mandala is a symbol of one’s own center, providing a path for understanding oneself, feeling comfortable with oneself, and completing life with oneself,” says Tim Phelps, professor in the Department of Art as Applied to Medicine at the Johns Hopkins University School of Medicine.

Creations of metaforms are made by individuals sometimes in the form of a wooden pyramid to sit under or the forms in the above picture at Metaforms storefront in Lyons Colorado.